What does it mean to recycle prospects?

The fact that some of your prospects have received your whole campaign, but never replied to any of your messages does not necessarily mean that they are not interested in your product. There are various other reasons for the lack of contact:

That's why it's a great idea to recycle those unresponsive prospects by reaching out to them again.

You can do that easily using the To recycle tab - you can find it in the My prospects section, My accounts section, as well as in each of your campaigns, right above the list of prospects: 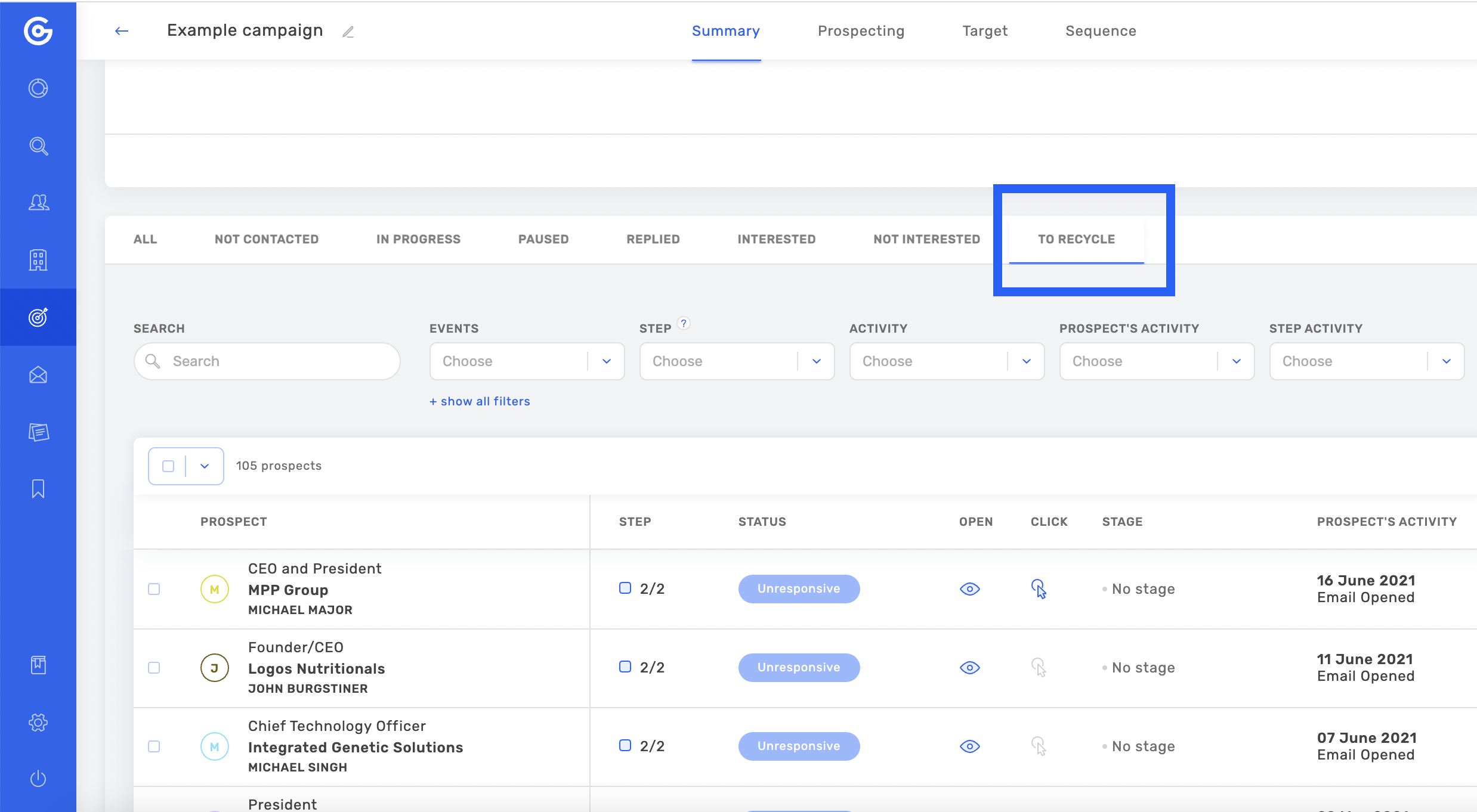 In this tab, you'll find all the prospects who have received all the messages in their campaigns, but never replied to you.

You can easily select them all and transfer them to another campaign, where you can try a different approach and different messaging.